The papa of Deserts Hearts, Lee Reynolds, makes a stop at Dead Ringer Analog Bar in Reno, Nevada on his Lee-Mousine weekend extravaganza.

Lee will be embarking on a weekend-long trip in The Great Bingo Revival's disco limo driven by and MC'd by The Reverend Rusty Reams. 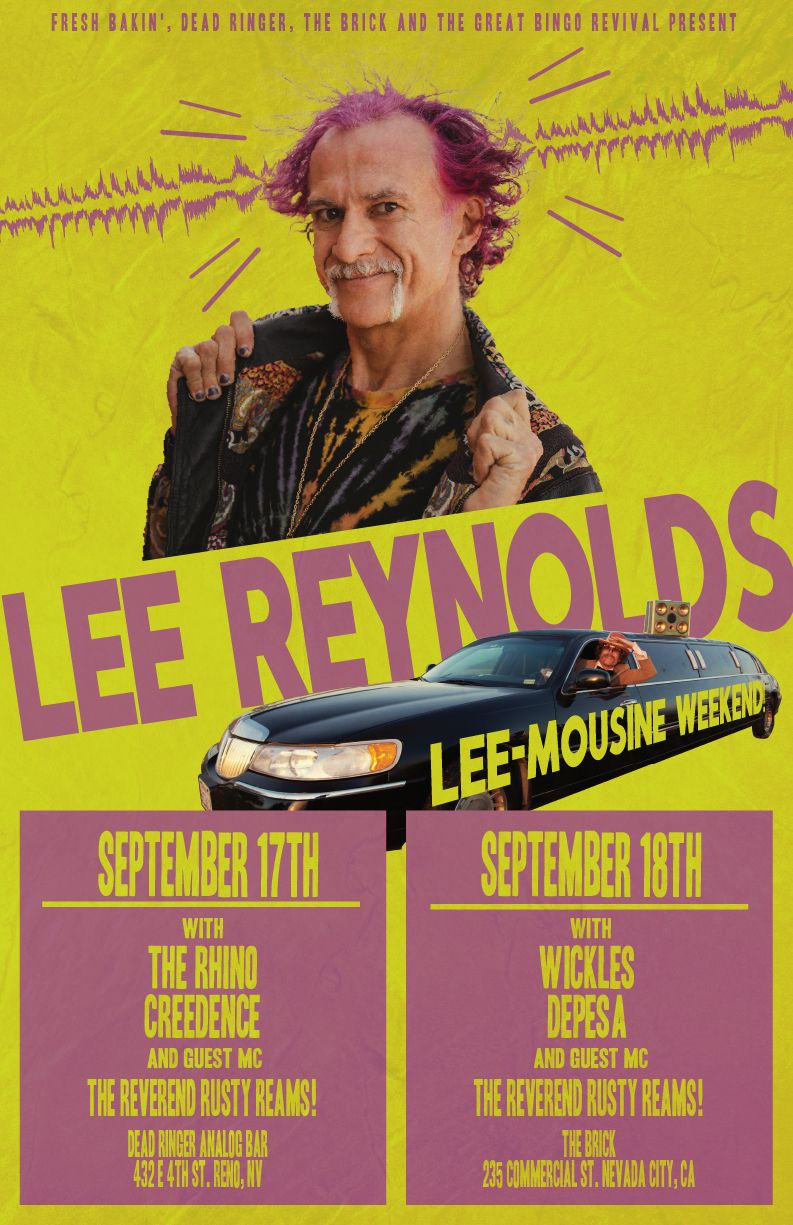